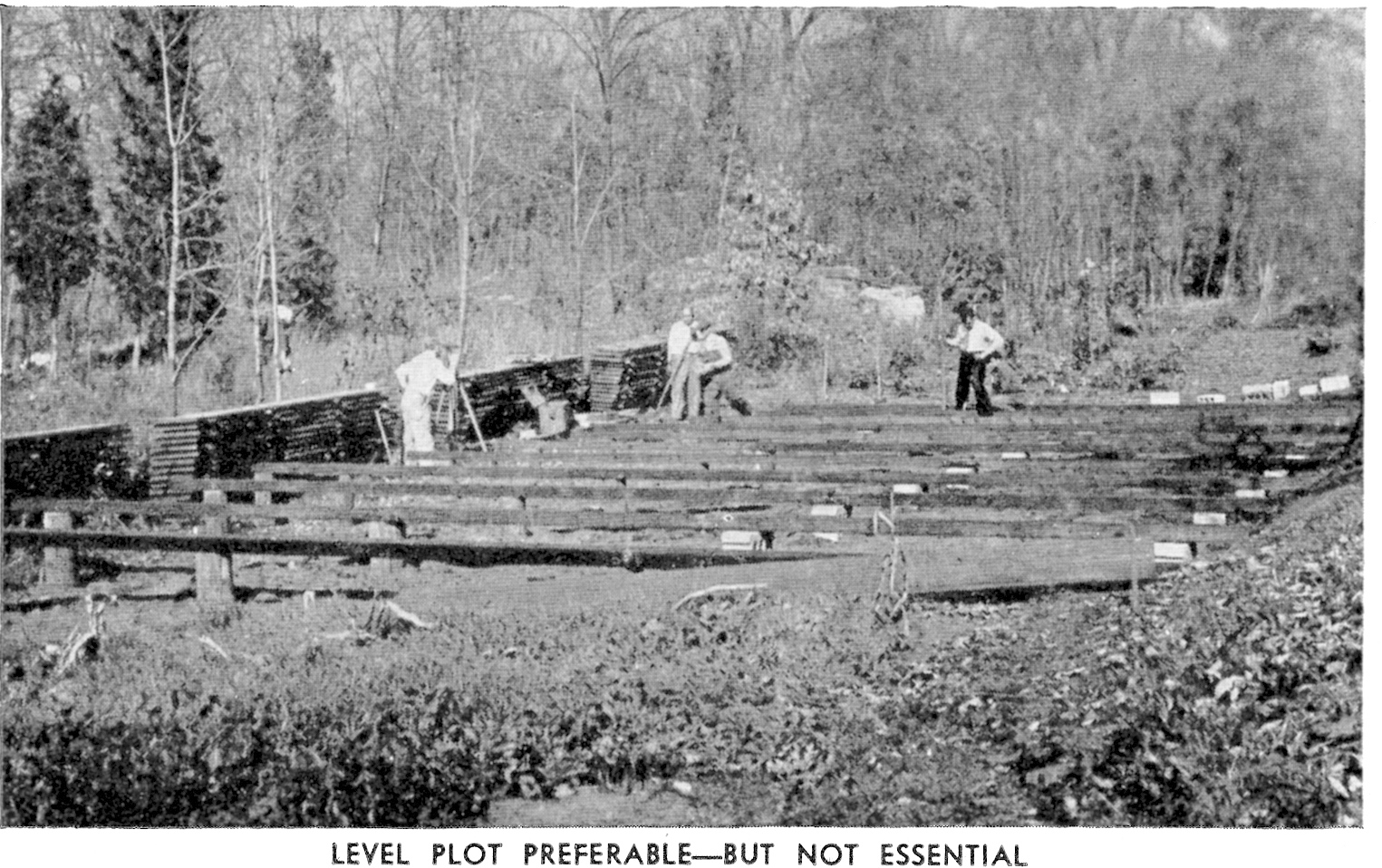 Gates court specifications suggested that level ground was preferable but not essential. 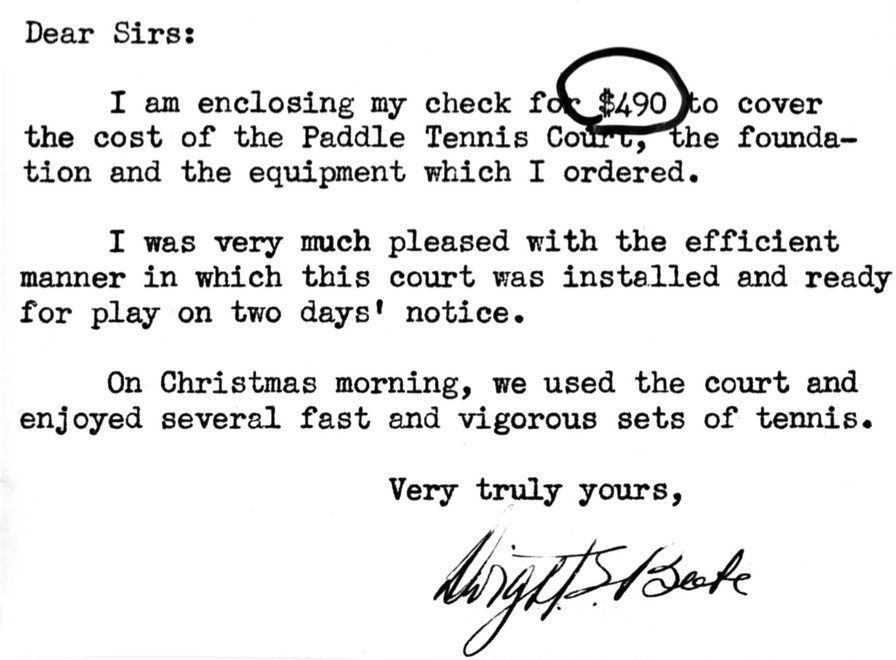 Letter to Gates Sports Platform enclosing check for $490 to cover the cost of the court, foundation and equipment. 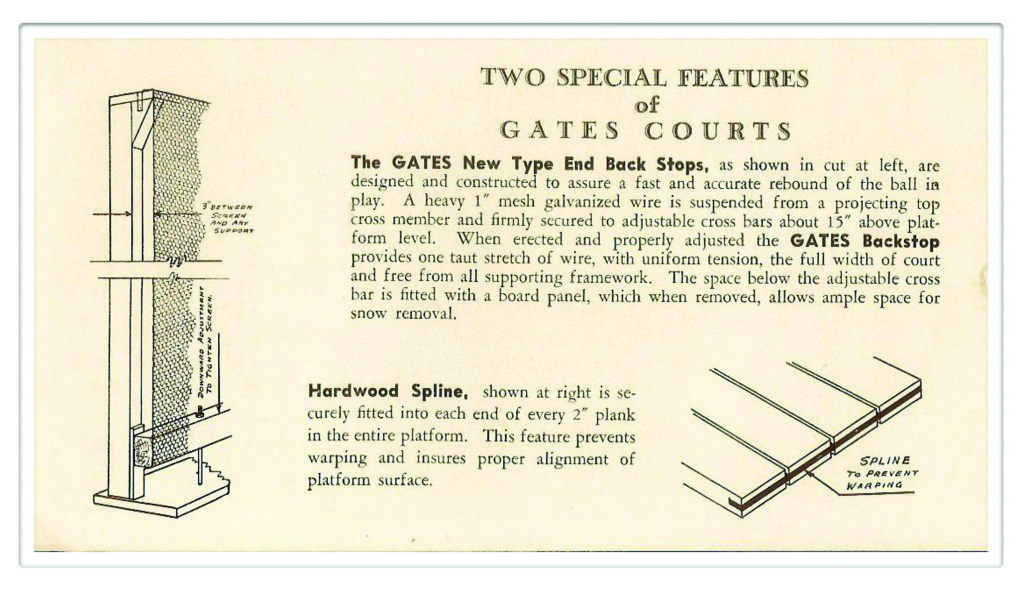 The early court construction had been greatly helped by the efforts of Henry B Eaton who was working for a lumber company in NYC. In the late 1930’s, the lumber company was liquidated, but fortunately the work Eaton had done in providing an easy and convenient way for clubs and individuals to obtain platforms inspired one of the company’s employees, Joseph Russhon, to take over its platform tennis business and he continued operations as the Gates Sports Platform Company.

Thanks to Eaton and Russhon, the early development of the game received a considerable boost, and many platforms were set up. Some of these platforms were erected on top of tennis courts in the fall, and then taken down and stored in the spring. Later, clubs began to find it too expensive and hard on the platforms to put them down and take them up each year and permanent courts came to be the accepted practice.