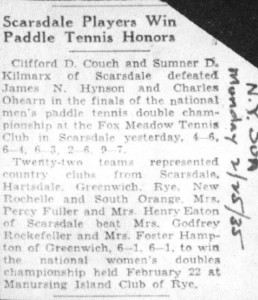 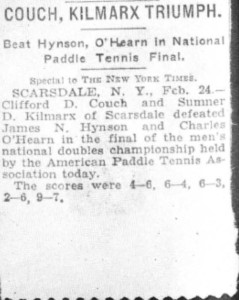 In 1935, the American Paddle Tennis Association started conducting a series of annual championship tournaments, held during January, February and March—the height of the season. Included for the first three years were Men’s and Women’s singles championships. But interest waned and singles were dropped in 1938. Blanchard claimed early on that paddle really was just a doubles game.

For the first five years, with one exception, teams from the Fox Meadow Tennis Club of Scarsdale dominated these tournaments, occupying both the winning and runner-up positions. By 1940, there were 17 member clubs in the APTA, most of which entered teams in the men’s doubles. However, the experience and a large number of quality teams from the Scarsdale contingent kept them at the top of the heap. The one exception came in 1936 when a strong team from Orange, NJ, Harold D. Holmes and Richard G. Newell took the championship. 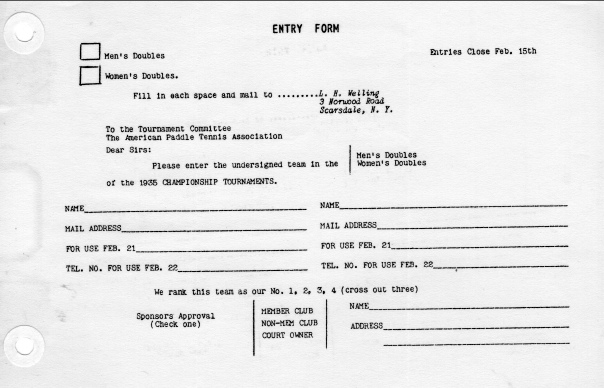