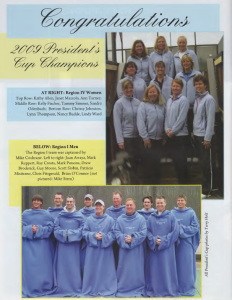 Teaching pro Christi Hayes had arrived in Ross, CA from Pittsburgh in 2007 and had added energy to the program by starting a junior program and league play. By 2009 Region VI was able to send a full women’s team to the President’s Cup.