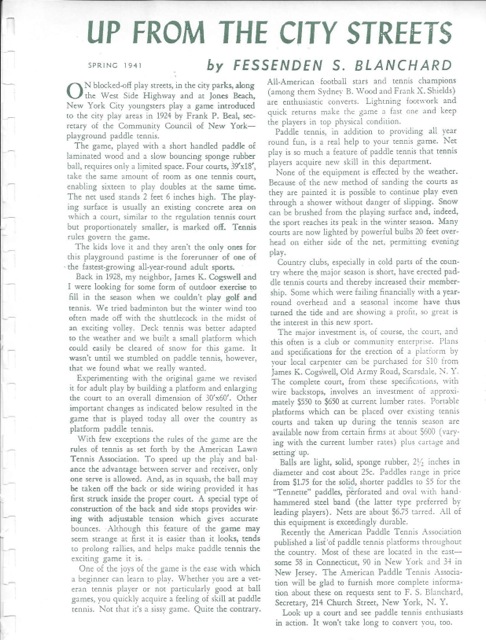 In 1941, the Hartford Golf Club joined the Association. In the same year, the Hartford team of Holbrook H. Hyde and Leland Wiley reached the finals of the National Doubles championships.

Blanchard, ever the promoter of the game, wrote the article “Up from the City Streets” in the Spring of 1941 explaining the game’s origins of the game, its attraction as a game for different skill levels. The article mentions the recently publish list of courts by the APTA.