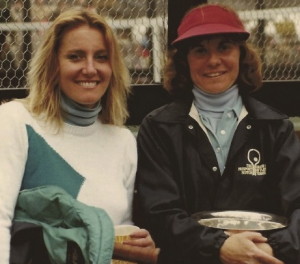 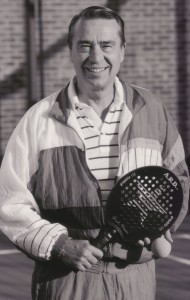 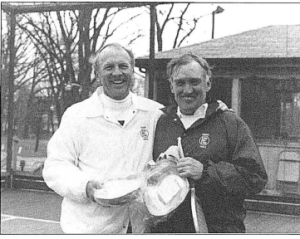 In two separate presentations, the APTA Hall of Fame was increased by four honorees. The first ceremony was held at the Fox Meadow Tennis Club on February 28, at the time of the Men’s Senior Nationals, and the surprised recipient was Chet Kermode.

The second induction was held on March 14 at the Exmoor Country Club in Chicago, during the Men’s and Women’s National Championships. The three individuals honored were Hilary Hilton Marold, Yvonne Hackenberg, and Jack Watson, all of whom were also unaware that they had been selected to be honored.

Chet Kermode was a fine tennis player and had represented the US against Canada on an international tennis team, but had never seen platform tennis until well into his 40s. When he did pick it up, he was competing successfully in regional senior events within two years and won many 45+ events, including the Cleveland Masters 45+ seven times, the last one when he was 68 years old. Then it was off the Nationals, where he won the Men’s 50+, 55+, and 60+ three times, and then the 65+. Chet loves to teach new players and served on many tournament committees.

Yvonne Hackenberg, who started out as a tennis pro, stumbled across platform tennis when she was looking to buy a house and found a court in a development community. She was quickly hooked and became very good at the game, eventually teaching it and providing clinics throughout the Mid-West. When she decided to play in the big leagues, she had to look out East for a partner, as her local partner had moved. She found Linda Wolf and, despite the fact they had never practiced together, they won the 1979 Women’s Nationals. The following year, she teamed with Hilary Hilton Marold and they won three straight. She added a fifth title in 1984 with Robin Rich Fulton. Hackenberg served as an APTA director for nine years, and, at the time of her induction, was the woman’s director for Region V, and had been the chairperson of the Kalamazoo platform tennis tournament for as long as anyone could remember.

Hilary Hilton Marold burst upon the platform tennis scene shortly after beating Bobby Riggs at the real game—paddle tennis. She got a lot of publicity from this and Kim Kimberley, with the backing of the R.J. Reilly Company, brought he out East to shake up how the women’s game was being played. And that she did. She won the second tournament in which she played, the National Women’s in 1975. Marold had considerable success on the Tribuno tour and won a number of international events. She went on to win five more Women’s title, including three in a row with Yvonne Hackenberg, and five Mixed titles with Doug Russell, including four in a row, a record matched by only Elfie Carroll. She retired from active play after her last Women’s win, but continued to be an active teacher and promoter of the game. Marold was a national champion in four different racquet sports over the years. Twice, in the same year, she was the national champion in three separate sports: tennis, paddle tennis, and platform tennis. She had a busy life off the courts as well, appearing on ABC’s Women’s Superstars as both a competitor and commentator, providing color commentary at Wimbledon for NBC, and competing in the CBS World Racquet Championships.

Jack Watson was one the major forces behind the explosive growth of the game in Chicago. At the time of his induction, around 850 men and 750 women were participating in Chicago area leagues he helped to organize and run for more than two decades, He also established a women’s charity tournament in his wife’s name, and chaired or co-chaired numerous regional and national championships, including the 1990 Nationals. Jack was an accomplished player and won the Men’s 50+ and 55+. (Exmore Country Club)