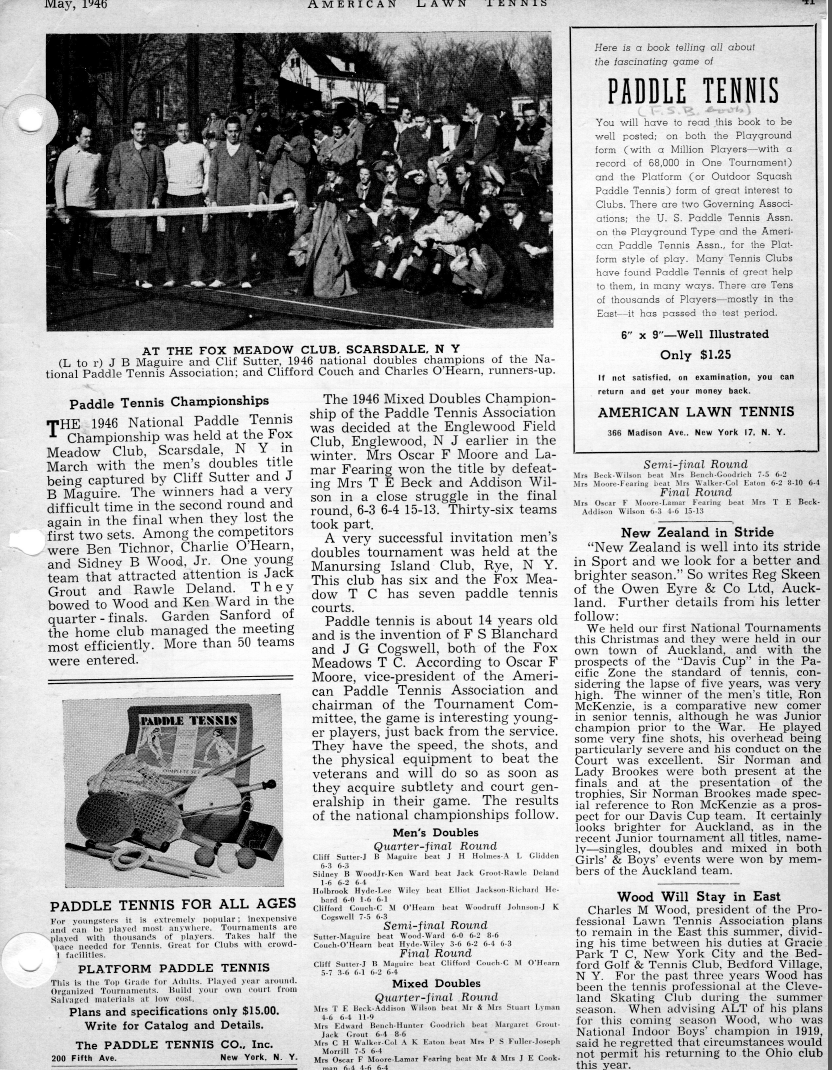 The Women’s National Championship was not played, but the Mixed was reinstated.

The Mixed was won by the Fox Meadow team of Lamar Fearing and Maizie Moore and marked the only time Maizie had beaten her sister Madge in a National Championship.

In a repeat of the 1945 final, the Greenwich team of Sutter and Maguire captured their second straight Men’s title, and third overall, with a five set win over the Fox Meadow team of Couch and O’Hearn, after being two sets down.

Commenting on the match in his 1959 book, Blanchard observed:

“O’Hearn was marvelous, mixed up his game. Couch tired himself out slamming overheads ineffectively without resorting to drop shot (drop volley) variations, though his forehand was fine and fast dropping. Sutter and Maguire were steady and kept lobbing.”