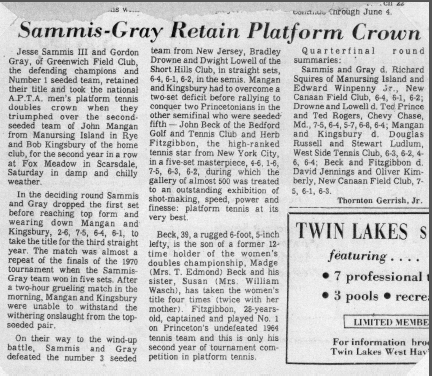 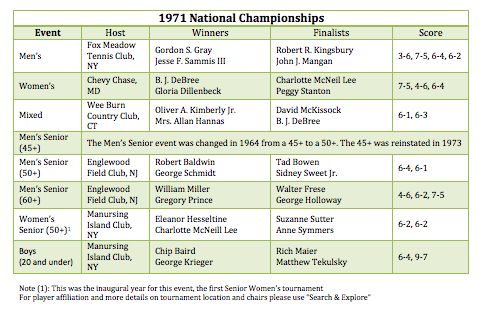 The 1971 Nationals included the inaugural Women’s 50+.

The men had a 128 team draw, and the final was a repeat of the previous years. This win made it a hat-trick for Gray and Sammis, the second hat-trick in the game’s history (Hebard and Carver had won in 1961-1963).

The new and up and coming team of Gloria Dillenbeck and B.J. DeBree won their first title, defeating the winners of the last four events, Charlotte Lee and Peggy Stanton.

In the Junior’s, Charles (Chip) Baird Jr. won his third straight and future Hall of Fame member, Rich Maier, was a finalist. 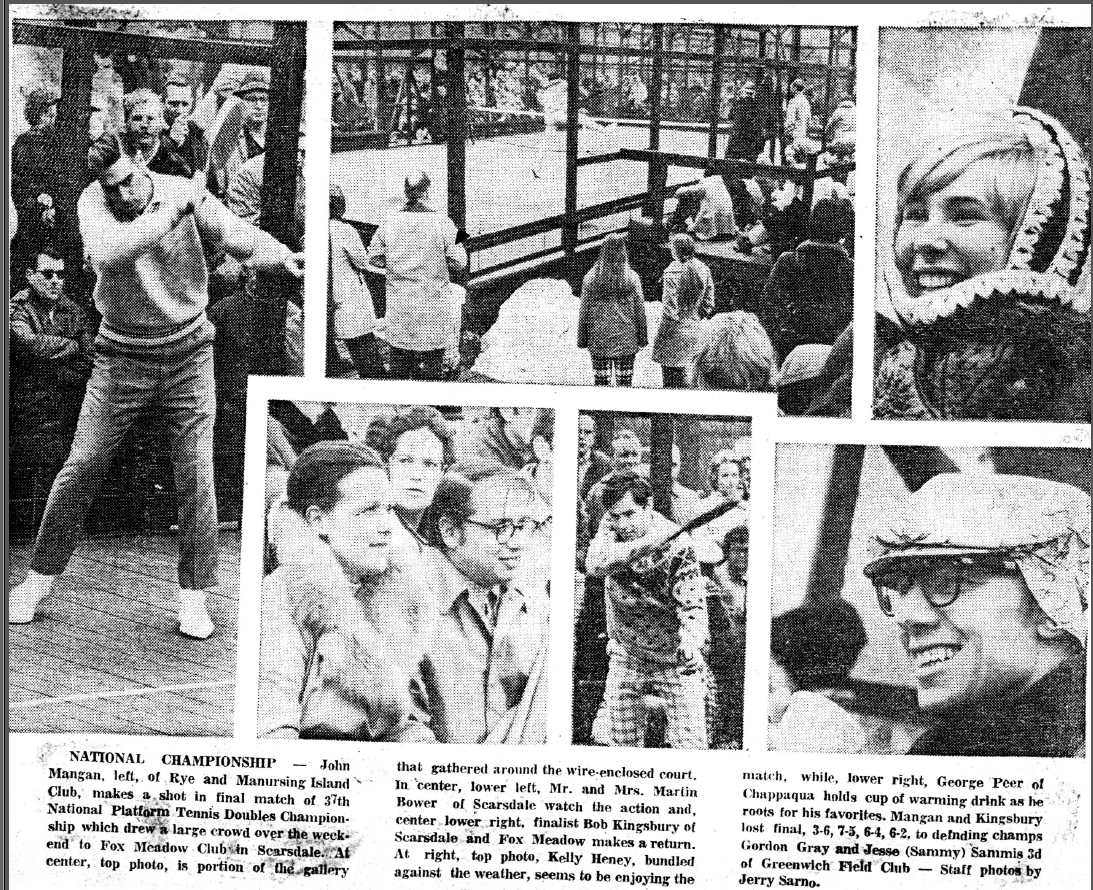