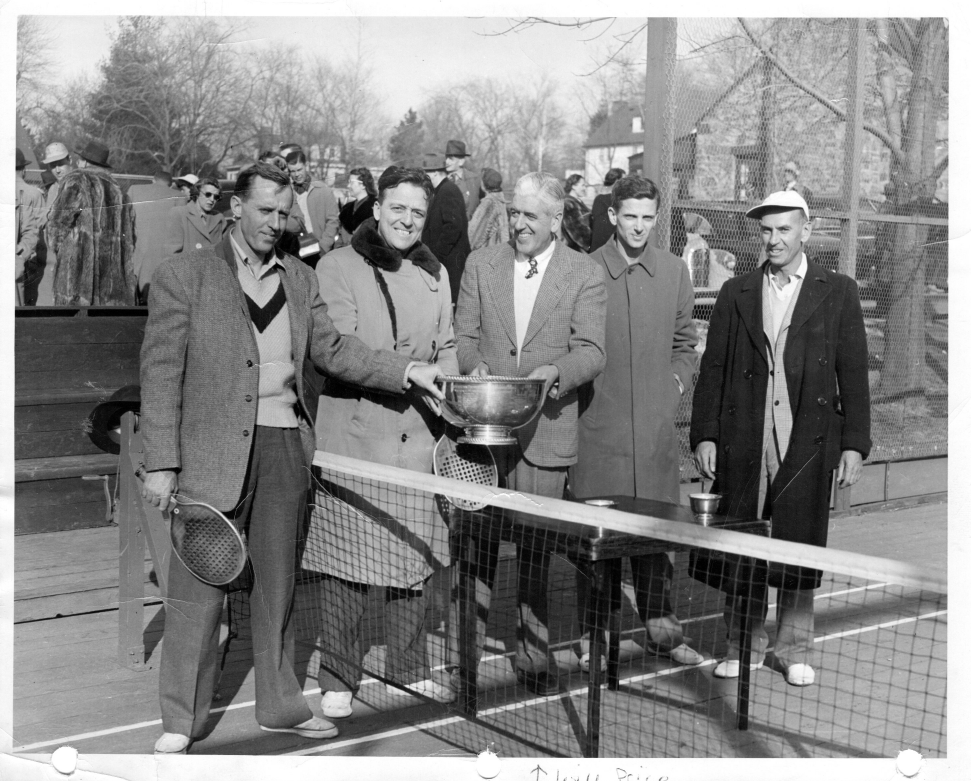 Elfie Carroll, from the Seminole Club,Forest Hills, NY, won her second straight Mixed title with her husband Ronald, and the Women’s with Louise Ganzenmueller.

In the Men’s long-time tennis rivals Sutter and Wood (a former Wimbledon champion) teamed up to win. This was the fourth title for Sutter but the first, and only one, for Wood.