Frederick Walker served as APTA Secretary-Treasurer from 1948-1950, and as President from 1951-1953. In partnership with Dick Hebard, he won three National Men’s in 1949, 1951, and 1952, and was considered a master of the “drop shot” in his day, with one of the hardest forehands (Fox Meadow Tennis Club). He was the son-in-law of Fessenden Blanchard and his wife, Ruthie, was a very accomplished player in her own right, and a finalist in the National Women’s in 1956 and 1959.(Fox Meadow Tennis Club).

Walker attended the Hill School in Pottstown, PA, where he was on the varsity soccer and tennis teams, and then Princeton University where he also played soccer and was on two championship tennis teams. After graduating in 1941, with a major in geology, he worked for Pratt & Whitney in East Hartford, CT, before enlisting as a platoon sergeant with the 10th Mountain Division of the U.S. Army, serving in Italy. After the war, he had a highly successful career with the Massachusetts Life Insurance Company, and was a life member of the Million Dollar Round Table. He was an avid skier and rock-climber, and a member of the Appalachian Mountain Club. He was the Class Secretary from 1953 until the time of his death. 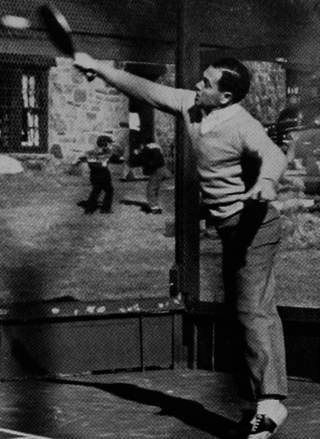 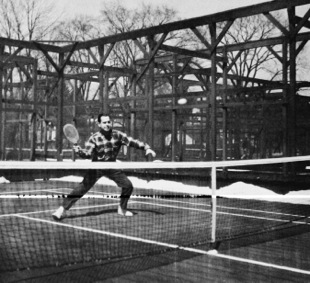 Fred Walker, Blanchard's pick for best exponent of the drop-volley in his day