Katherine L. (Kitty) Fuller was one of the pioneers of women's platform tennis, a fine player and winner of the first mixed doubles championship, with Charley O'Hearn as a partner (1935). She also won the first two women's doubles championships, with Jean Eaton (1935, 1936) and won the last women’s singles championship ever held (1937). (Fox Meadow Tennis Club).

When not playing, she was an enthusiastic and discerning spectator and Blanchard believed the game owed a great deal to her. When Blanchard showed what he had written about her to an old friend of hers and his, the friend said, “Be sure to say that Kitty is a wonderful sport.”

Fuller was the daughter of William Mitchell Lewis who was one of Racine, WI early industrialists and head of Mitchell Lewis Motor Company. She married Percival Strong Fuller in Racine in 1919 and by 1928 the had moved to White Plains, NY. Later on they moved into Scarsdale NY where she lived until her death. 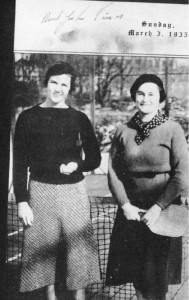 Jean Eaton (left) and Kitty Fuller, the 1935 and 1936 Women’s Champions dressed for paddle. Eaton won the Women's Singles in 1935 and Fuller won in 1937. Fuller was among the first group of individuals awarded the APTA Honor Award in 1965 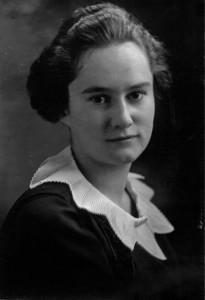 Katherine L. Fuller as a teenager in Racine, WI