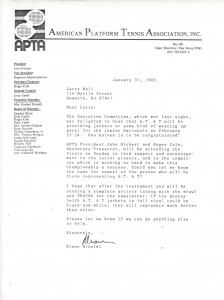 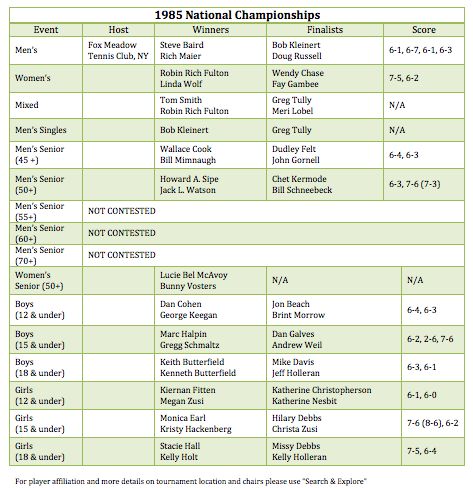 The Men’s Nationals returned to Fox Meadow, the “spiritual home” of Platform Tennis for the 1985 Championships.

For the occasion, Molly Blanchard Ware, the daughter of Fessenden Blanchard a co-inventor of the sport, recalled the early days of the game and the camaraderie in an article in the New York Times.