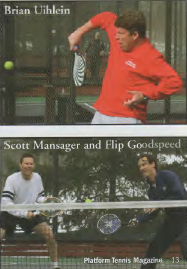 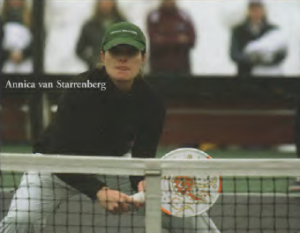 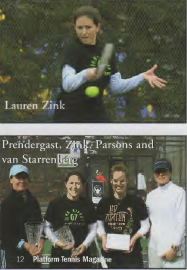 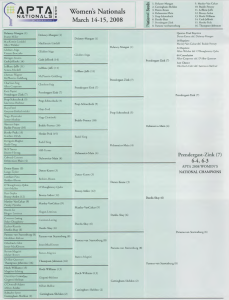 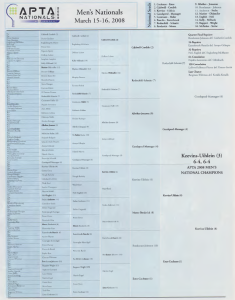 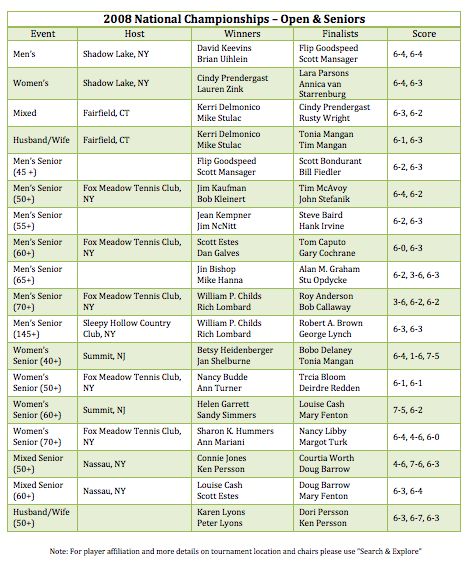 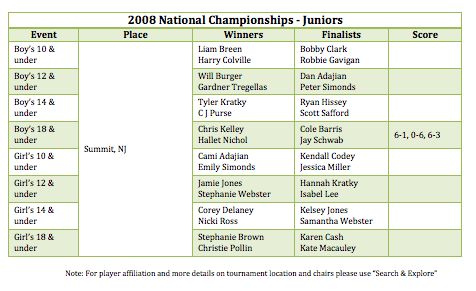 Made for Living. That’s the hometown slogan of Rochester, New York. The slogan just as well could be Made for Paddle. The Rochester area has had a proud platform tennis tradition for decades.

In 1988, the city was handed their first opportunity by the APTA to show what they could do. Local paddle guru and owner of the Shadow Lake Country Club, Fritz Odenbach agreed to chair the Nationals.

What the city lacked at the time in number of players and courts, they made up for with hospitality and enthusiasm. The Nationals brought together entertaining parties and a social aspect that had never been prevalent at a prior Nationals. The standards set in Rochester were the benchmark for all future Nationals. Odenbach was asked to host the Nationals again in 1996, 2000 and then again in 2008.

Today, Rochester platform tennis has grown by several fold. Fritz Odenbach has been instrumental in that success.

In preparation for the 2008 Nationals, Odenbach needed to increase the number of courts at Shadow Lake – the host site. Chris Casiraghi, President of Reilly Green Mountain; installed three temporary courts for the Nationals, bringing the Shadow Lake total to eight.

Women’s Open Nationals: The competition at the 2008 Women’s Nationals was arguably the best in the history of the sport. The Friday competition saw all top eight seeds move on to the quarter-finals.

On Saturday, morning, top-seeded Bobo Delaney and Tonia Mangan played against #7 seeds, Cindy Prendergast and Lauren Zink. An unfortunate draw placement for Delaney and Mangan, the team going into the Nationals with the most ranking points was eliminated in straight sets 6-4, 6-4 by two of the best players in the game.

The second quarterfinal lined up Heather Prop and Lynn Schneebeck (#5 seed) against Kerri Delmonico and Aila Main (#4 seed). The 2006 National Champions, Delmonico and Main overcame the sole Region IV team in the quarterfinals.

In possibly the greatest upset of the women’s tournament, 4-time National Champions, Mary Doten and Susie Keane (#3 seed) lost to one of the hottest teams in the game, Cynthia Dardis and Amy Shay (#6 seeds).

The Saturday morning semi-finals showed off the power Lauren Zink and Laura Parsons and the consistency of Cindy Prendergast and Annica van Starrenburg. In the first semi, Zink and Prendergast outlasted Delmonico and Main 7-6, 4-6, 6-2 in a two-hour thriller. Able to play their match and then watch the third set of the Zink-Prendergast final, Parsons and van Starrenburg won their semi against Shay and Dardis 6-1, 6-2.

The women’s final saw blazing forehands and backhands, coupled with amazing hands at net. In front of a packed crown, Zink and Prendergast earned their second National Championship by a score of 6-4, 6-4.

Although seeded 7th and 8th, many predicted the final match-up. Next year’s Nationals will again be a deep battleground with no less than eight teams capable of taking home the title.

Men’s Open Nationals: To be a men’s champion in 2008, you had to overcome cold and snow, sun and warmth, day play and night play. If you had a weakness to mother
nature, she would have found it this weekend.

The road up to the semis was a bumpy one, but three of the top four seeds advanced. Caldwelll and Cordish (#2) failed to make the semis when they were upset by Rothschild and Schmidt (#7) 7-6, 6-4 in the quarter-finals.

In the semi-finals, Goodspeed and Mansager defeated Rothschild and Schmidt; while, Keevins and Uihlein spun their way through Estes and Cochrane- a match many throught was the best of the tournament.

In the finals, Keevins and Uihlein won for the second time in three years by a final score of 6-4, 6-4. Three balls were shredded as the team sliced their way to victory. David Keevins stepped up his overhead attack and showed that what Brian Uihlein could do with an overhead, so could he. Both players played near-flawless paddle.

The 2008 Rochester APTA Nationals was a tremendous success and is a feather in the cap for Rochester. Congratulations to Fritz and Sandra Odenbach and all of their volunteers for running an event to be remembered.