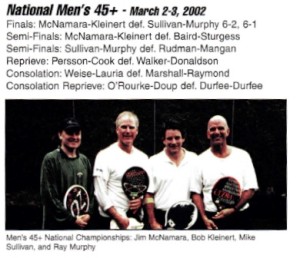 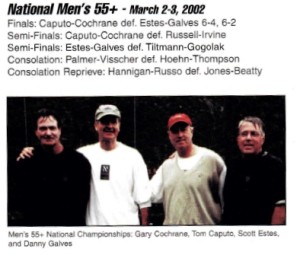 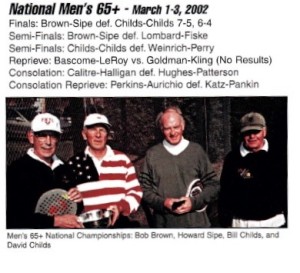 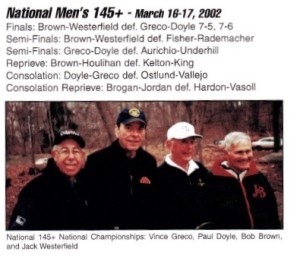 Bertan Cikigil and Rich Lombard reported on these events which were played at The Sleepy Hollow Country Club in Scarborough, New York and featured a turnout of 65 teams:

Represented in the draw were teams from Canada, Florida, Illinois, Ohio, Pennsylvania, Colorado, and the Northeastern states. Three days of non-stop play featured a number of firsts, such as:

• In the Men’s Senior 55′s, Gary Cochrane and Tom Caputo gained their first (or anyone else’s for that matter) win over Doug Russell and Hank Irvine (1-6, 6-2, 6-3), and then went on to win the championship over Scott Estes and Danny Galves by a score of 6-4, 6-2. This was their 29th match against each other, and they now stand 1 and 28. Congratulations to perseverance!