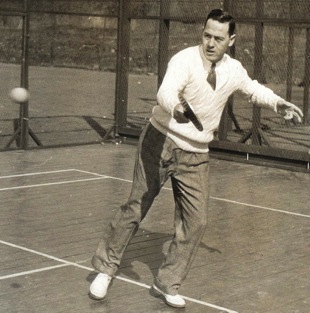 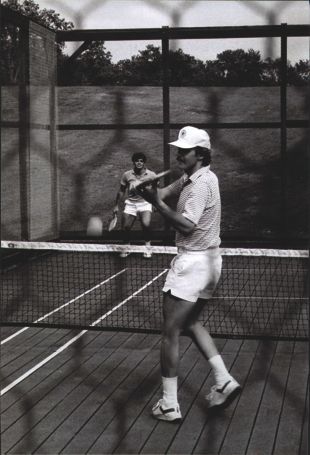 Men’s and Women’s singles championships had been held from 1935-1937 but were discontinued in 1938 due to lack of interest.

In the mid 1970s when paddle was expanding rapidly singles made a comeback.Doug Russell, then the head paddle professional at the Manhattan Platform Tennis Club was looking for ways to increase participation by players and fans and began experimenting with experimenting with singles play, including varying certain rules to see how they might impact the game. It was concluded that allowing just one serve was too much of an advantage to the receiver, so two serves were allowed. In addition, no-add scoring was adopted.

Doug Russell finally persuaded the APTA Board to reactivate singles and they authorized a National Men’s and Women’s Singles Championship for the 1979-80 season to be held at the Apple Club with Doug Russell as chair.

The APTA approved format called for the use of just the singles court. Players had one serve, and the “no ad” formula, in which the first point after deuce decides the game, was followed in scoring.

At Doug Russell’s urging the hi-bounce ball was used. His confidence in it was justified: players showed they could control it, and they benefitted from its liveliness in chasing after passing shots that reached their own back wires.

In the March 29, 1984 New York Times article The Subtle Charms of Platform Tennis by Ira Berkow, Russell was quoted “… singles is considerably more exciting [than doubles] to play and to watch. It’s-head to-head in a relatively small area, and it’s very quick. There’s a lot of net play and to be good you have to have excellent reflexes and a lot of nerve”