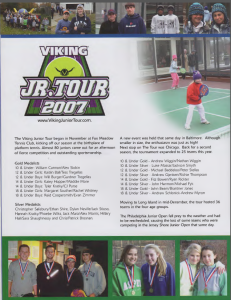 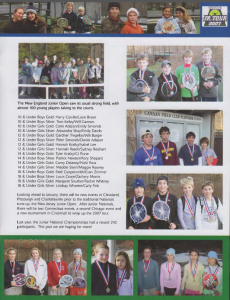 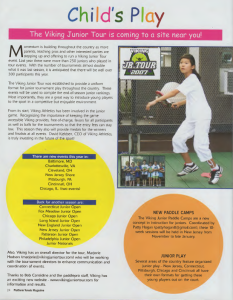 A new event was held that same day in Baltimore. Although smaller in size, the enthusiasm was just as high! Next stop on The Tour was Chicago. Back for a second season, the tournament expanded to 25 teams this year.

Moving to Long Island in mid-December, the tour hosted 36 teams in the four age groups.

The Philadelphia Junior Open fell prey to the weather and had to be rescheduled, causing the loss of some teams who were competing in the Jersey Shore Junior Open that same day.

Looking ahead to January, there will be new events in Cleveland, Pittsburgh and Charlottesville prior to the traditional Nationals tune-up, the New Jersey Junior Open. After Junior Nationals, there will be two Connecticut events, a second Chicago event and a new tournament in Cincinnati to wrap up the 2007 tour.

Last year, the Junior National Championships had a record 242 participants. This year we are hoping for more!