Childs mark on paddle started when he and his brother Bill started playing seriously after Bill was eligible for the Men’s 45+. Five years later they were racking up an impressive Senior record which included five-straight 55+ titles. Childs won thirteen Senior titles and served for five years on the APTA Board focusing on Senior activities. He also served eight years as a Trustee of the Platform Tennis Museum and Hall of Fame Foundation.

David Childs’ mark on paddle started in 1980 when he and his brother Bill teamed up for the Men’s 45+. Five years later, they were racking up an impressive Senior record, which included five-straight 55+ titles. All totaled, Childs won 13 titles, spread across all the Senior events, including 11 of them with his brother. He did it with innate ability, determination, steadiness and a finely honed sense of competitiveness, combined with unquestionable sportsmanship, and unwavering friendliness both on and off the court. Both brothers later appeared in the “Faces In The Crowd” column of Sports Illustrated in the April 18, 1994 issue. Childs also served on the APTA Board, from 1996-2001, where his focus was on Senior activities, and spent eight years, from 2004-2012, as a Trustee of the Platform Tennis Museum and Hall of Fame Foundation.

Off the court, Dave co-chaired three National Tournaments in the Greater Hartford area, including the 50+s, 60+s, the Senior Mixed and the Senior Husband/Wife. He also conducted clinics for more than 15 years, and traveled the paddle circuit. In the early 1980’s, Dave, his brother Bill, Bill Mimnaugh and Howie Sipe went off to Sun City West in Arizona to escape the cold and play in an annual event the retirement community had been holding for several years. They decided to find local players as partners and Dave was in the second set of the semi-finals against Howie and his partner when Dave’s partner quit to go to a ceramics class. David did come away with a “finalist” prize of a decorated pink felt pig that had been created by a lady in the local arts center. 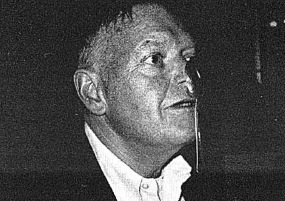 APTA Board meetings were not all work. A champion shows his form