A co-founder of platform tennis and the game’s greatest supporter and promoter in the early days, Blanchard was also co-founder of the APTA, and its first president from 1934 to 1938. He was a tireless promoter of the game and acted as secretary, chief correspondent and publicist for paddle tennis during his tenure on the APTA Board. He authored two books on the game – Paddle Tennis (1944) and Platform Paddle Tennis (1959).

Fessenden “Fess” Blanchard grew up in Hingham, MA, and graduated from Harvard in 1910 with a BA. He joined the Boston office of Pacific Mills, a leading textile concern, in 1913 and had a short assignment in China to examine their textile industry.

At the age of 30 he married Mary Bryant, the girl “almost next door” from Cohasset, MA. Their three daughters—Martha, Ruth and Molly—were born in Boston. In 1927, Blanchard, now the assistant to the head of Pacific Mills New York office, moved his family to 4 Seely Place in Scarsdale, NY, and ended up being a back-yard neighbor of James (Jimmy) Cogswell Jr., who lived at the corner of Old Army Road and Ardsley Road. This was a fortuitous development for all who love the sport of platform tennis. Both Blanchard and Cogswell were interested in finding an outdoor social activity for the long winter months and this search lead to the invention of the game in 1928.

Blanchard and Cogswell formed an ideal team for the development of the game. Blanchard was the enthusiast who tirelessly promoted the game as a wonderful blend of competition and camaraderie, and Cogswell was the engineer who worked out how the court should be constructed and the numerous improvements made over time. Camaraderie was always part of Blanchard and Cogswell’s vision and their friends who gathered around the first paddle tennis court, on the Cogswell property overlooking Ardsley Road, became affectionately known as the “Old Army Athletes.”

Blanchard was one of the five co-founders of the American Paddle Tennis Association in 1934, the group that was the forerunner of today’s American Platform Tennis Association. Blanchard represented Fox Meadow Tennis Club, one of the three founding clubs. The other two clubs were Manursing Island Club of Rye, NY—represented by Jack Ten Eyck the driving force behind the creation of the APTA, Warren A. Ransom and Grenville S. Sewall— and the Field Club of Greenwich, CT, represented by Foster M. Hampton. Blanchard was elected APTA President at the inaugural meeting at Ten Eyck’s office at 80 John Street in New York City, and served in this position until 1938. He also served as APTA Secretary from 1935 to 1941.

Blanchard wrote numerous articles about the game for major publications. The first magazines to carry stories about the game were the Sportsman and the Sportswoman in March, 1931, and Blanchard wrote both of the articles. Shortly afterwards both magazines stopped publishing–a coincidence that a friend once drew to his attention. (Fessenden S. Blanchard, Platform Paddle Tennis)

Whatever Blanchard involved himself in, he immersed himself in it heart and soul, says his daughter Molly Ware. For him, the glass was always half full, and his enthusiasm was infectious. He was an outstanding sailor and wrote many books and articles on cruising. He coauthored five editions of A Cruising Guide to the New England Coast, often referred to as the “bible” for Eastern sailors. Four additional editions were co-authored by his son­in-law, John P. Ware, who also served as president of both Fox Meadow Tennis Club (1975-1976) and of the APTA (1961-1963). As a particularly adventurous sailor with extensive experience, Blanchard was elected to membership in the Cruising Club of America in 1931.

A strong and competent—though not particularly graceful—figure skater, Blanchard suggested the Fox Meadow Tennis Club tennis courts in Scarsdale be iced over in winter for fellow members to enjoy. For many years, skating was a highlight of Fox Meadow winters. Blanchard even ran the Eastern Figure Skating Championship at Playland, in Rye, NY, on one occasion.

Fess died in 1963, two days after his 75th birthday, while attending a football game in Cambridge, MA. He had taken his grandson, Andy Smith, to the Harvard-Princeton game and had a heart attack cheering for Harvard after they made a touchdown.

Footnote: During his business career, Blanchard served as a deputy administrator of the National Recovery Administration in Washington, DC in 1934, and later as a leader in the Textile Research Institute, of which he was president from 1942-1945. His expertise in textiles was used during World War II, when he served on the War Production Board and decided to eliminate cuffs from men’s trousers to save on the cost of fabric during the war effort.

From 1945 to 1948, he was a vice president of the Thompson & Lichtner Company, after which Blanchard led his own marketing consulting firm and was responsible for the introduction of electric blankets. In 1951, at the request of the Massachusetts Development and Industrial Commission, Blanchard’s firm was engaged to report on the competitive position of Massachusetts industries. The result, known as the “Blanchard Report,” made banner headlines in Massachusetts and beyond as it told of a “widespread belief” that the executive and legislative branches of the state government were “unjustifiably biased against manufacturers and in favor of labor, but not in favor of the long-run interests of labor, which are bound up with the success of Massachusetts industry.” 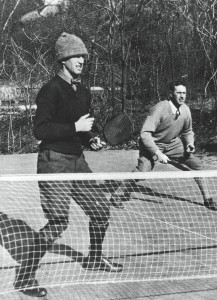 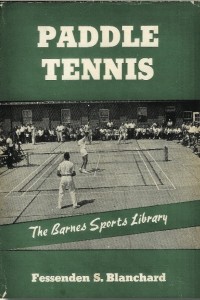 Blanchard's first book about the game, published in 1944. 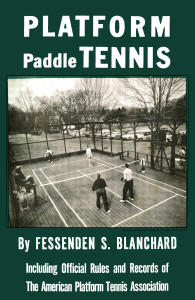