Hall of Fame Induction: 2022 Viki Stoklasova dominated the game with her soft overhead roller, her incredible touch, and her unbelievable anticipation. She saw the court like a coach and seemed to cover it effortlessly. Oftentimes, just when an opponent thought she was out of a point, she would pull another rabbit out of the hat and find a way to hit an almost impossible shot back to a spot on the court that left her opponents in awe. Stoklasova had the ability to break down any opponent with surgeon-like precision. She saw where the openings were from across the net and possessed the composure and discipline to hold her shot before ultimately delivering a point ending winner over and over again. 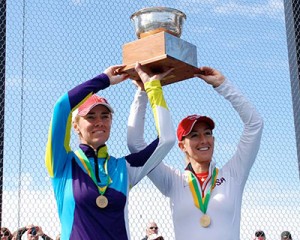