Pardoe, an Ogden UT native and graduate of Brigham Young High, was a fine tennis player and was ranked on Long Island where he lived at the time of his marriage before moving to Westchester and being introduced to platform tennis. It did not take him long to become good enough to begin his reign as a player of championship caliber, in both form and in the record books and he was always been in contention regardless of what tournament he was playing in.

His play was quick, steady and consistently strong. He brought the American twist service to platform tennis and put it to extremely good use and one of the all time best serves in the game. It was rare that an opponent could attack his serve and make a winner of the return. He had a deceptive change of pace with all of his shots, and opponents could never let down when playing against him. He was friendly, modest and, like his partner George Harrison a sportsman on the court. 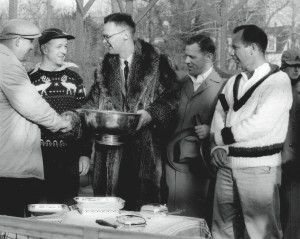 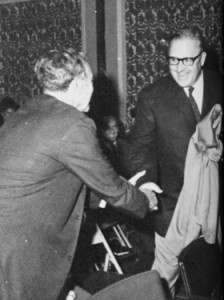